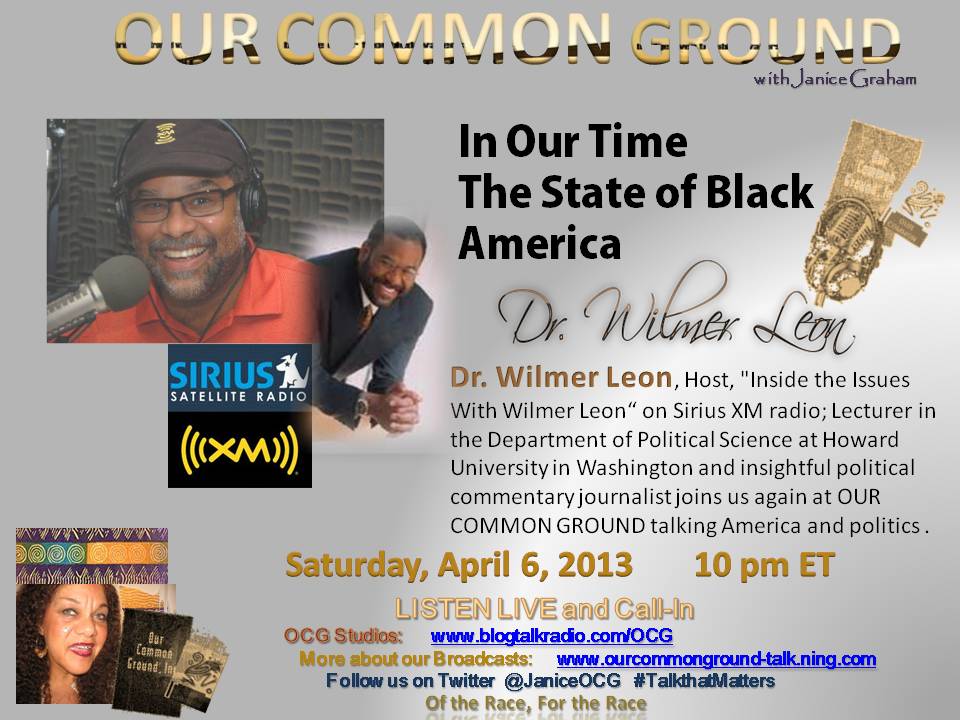 "The State of Black America: A Tale of Two Countries"

Dr. Leon comes to OCG once again to weigh in on the issues which face Black America, the politics of our problems and the light of solutions available.

A serious void exists in the public discourse relating to the issues that directly and/or disproportionately impact the global village in which we live. Dr. Leon's lectures and writings focus on issues such as the media's coverage of national and international issues, the criminal industrial complex, environmental racism, school vouchers, health care, crime policy, economic globalization, American domestic and foreign policy from as much of a non- biased and academically accurate perspective as possible. Dr. Leon's perspective and lectures are grounded in the history of the African American community and the tradition of African American scholarship.

Dr. Leon is host/producer of the nationally broadcast call in talk radio program Inside The Issues With Dr. Wilmer Leon on XM/Sirius satellite radio channel 169 "Urban View" and the host of Epilogue, a political book discussion program on Press TV. He hosts discussion on Facebook as Dr. Leon Prescriptions.

Dr. Leon was a regular guest on CNN's Lou Dobbs Tonight and is a contributing columnist to The Grio.com, The Black Agenda Report, The Maynard Institute.com, TruthOut.org, PoliticsInColor.com and Black Star News.

Join the discussion in our Open Chat during the broadcast.