OUR COMMON GROUND
"The Truth About the War Against Us"

40 Years, $1 Trillion, 45 Million Arrests - the war still rages against our community. IT WAS NEVER ABOUT DRUGS 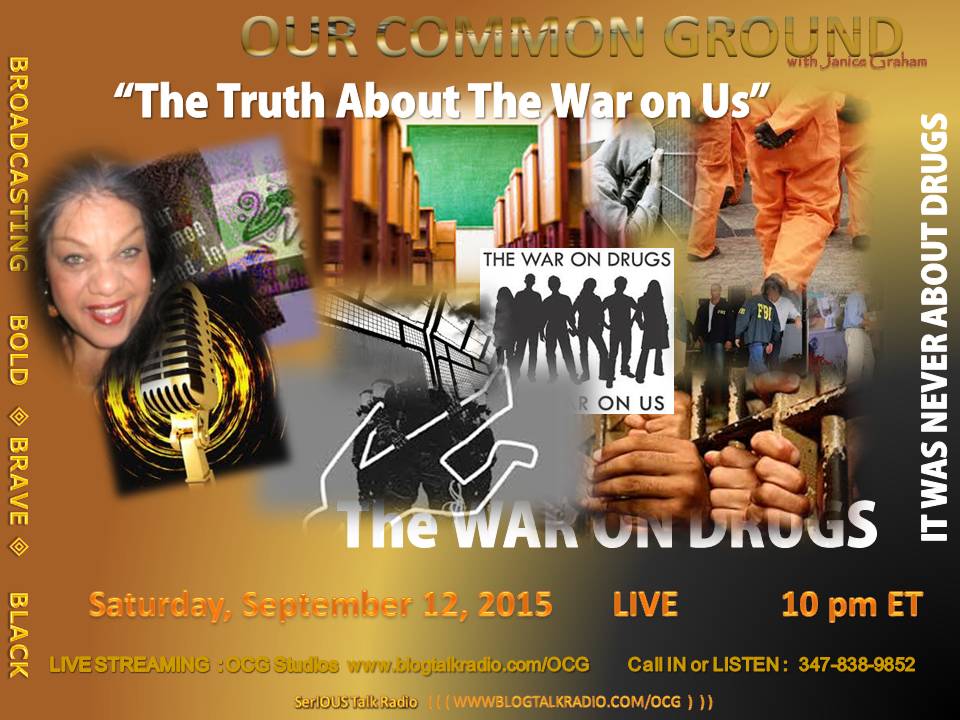 We will review and examine the truth about the policies and intent of the "War on Drugs". We need to talk about the money making behind the politics; how the drug war can be considered slow Nazi policy on the poor and the racial profiling used. We look at these destructive and failed policy and manipulation in its historical context and destructive outcomes. We will present audio clips for our discussion which will assist us in understanding just how much the "War on Drugs" was really never about drugs.

For sheer government absurdity, the War on Drugs is hard to beat. After three decades of increasingly punitive policies, illicit drugs are more easily available, drug potencies are greater, drug killings are more common, and drug barons are richer than ever. The War on Drugs costs Washington more than the Commerce, Interior, and State departments combined - and it's the one budget item whose growth is never questioned. A strangled court system, exploding prisons, and wasted lives push the cost beyond measure. What began as a flourish of campaign rhetoric in 1968 has grown into a monster. And while nobody claims that the War on Drugs is a success, nobody suggests an alternative. Because to do so, as Surgeon General Joycelyn Elders learned, is political suicide. As a community we need to understand how Drug War fever has been escalated; who has benefited along the way; and how the mounting price in dollars, lives, and liberties has been willfully ignored. Where are the policy maker offices where each new stage was planned and executed? What happened in the streets where policies have produced bloody warfare. This is a tale of the nation run amok - in a way the American people are not yet ready to confront. Are you?

You are invited to bring your thoughts about the pressing issues facing our community. Come listen and learn. SHARE please.

OUR COMMON GROUND where friends come to confer with allies.

"Speaking Truth to Power and OURselves"