From his radio show on July 15, Norm speaks about Marissa Alexander and Florida's "Stand Your Ground Law". Norm is our Guest, March 8, 2014 LIVE 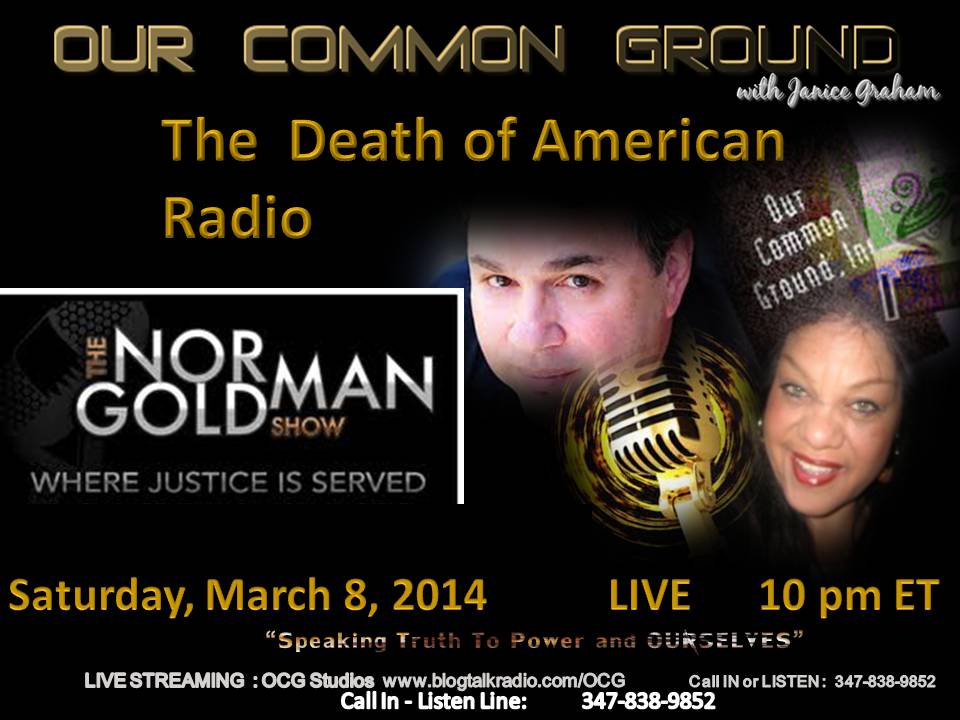 “The Death of American Radio: Opportunity for Progressive Empowerment”

"The place where fierce independence is the norm. Where Justice is Served."

Norman Goldman is the host of "The NorMAN GoldMAN Show" heard nightly through a live podcast and syndicate to terrestial radio across the country .

He knows all that legalese "ipso facto habeas corpus" stuff. Better yet, he knows how to make sense of it all. Day after day, on issue after issue, Norm brings it all into focus. What matters, why it matters, and why it matters to you. His is an inspiring life story which takes you from rags to righteous, to radio. His is the incredible true story of Norman Goldman's Journey to Justice, in politics and in life!

For years, Norman has been providing insightful legal analysis for MSNBC and The Ed Schultz Show.

His live show, "The NorMAN GoldMAN Show" brings his signature clarity, wit and wisdom to the issues of the day. He also gives you a chance to talk back as he takes calls from all across the country on his nightly live stream broadcast. . Based in Los Angeles, Goldman's national radio program is distributed by Compass Media Networks.

The program's motto is "Where justice is served", but on-air Norman also uses the motto "The place where fierce independence is the norm", a pun on his first name. Recently Goldman created the "four point plan to save America", after chastising politicians such as President Barack Obama for betraying their campaign promises. It includes power-transparency; "a WikiLeaks for radio", and a grassroots quarterback for the coordinating/funding of the progressive message and viewpoint.