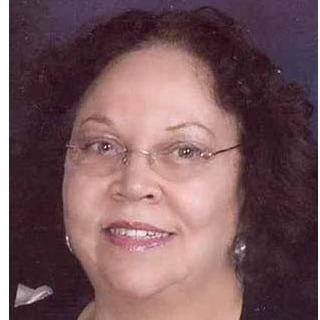 AURORA: MUSIC/DANCE OF AFRICA and AMERICAS

What are your talk radio habits ?
Yes

Do you have a political affliliation ?
Independent

My Reply to Gloria's Message

The heartfelt and courageous letter below was received on my page at Our Common Ground today. It is an honor to be working together for justice based on our understanding of specific oppression in a huge, identified institution which has been ongoing for decades there and in other places. The terrible cost of these experiences have been devastating economically and to our education and careers. Without the publication of my book, along with the determination we have had and continue to have to bring about the amends we deserve, there would be no hope of righting many wrongs. We both hope that readers will recognize that the proceeds from my book, like those from the CDs I have produced with my band, The Jazz Generation, are critical to our being able to do the work to reach other victims of injustice and to bring about the legal actions needed by all of us. The books and CDs also enabling us to survive with food, shelter, medical care and other needs in the meantime.

Gloria and I will appreciate having this information shared because our stories are the stories of so many other victims of blatant oppression--including racism, sexism and sexual harassment--but also because the shared information can reach others with similar stories, letting them know of our actions and how they can join us. Most of all, those others need to know they are not alone, that their stories are believed, that our collective voices are sources of affirmation, confirmation and strength. Until now, none of this support has been available to us or people like us. We have taken a stand and will keep moving forward. We are reaching out to ask that you help. Thank you,

How is everything with you,I have something very vital to disclose to you,but I found it difficult to express myself here,since it's a public site.Could you please get back to me on:( michelleadams266@yahoo.co.th )
for the full details.

Have a nice day

END OF MY COMMENT: ...by firing her, Penn State made sure that my claim for justice met with total indifference and hate towards unwanted, foreign truth-tellers. And for them, to get rid of a foreign woman was deadly easy. But they forgot that little David ultimately wins against Goliath. So Suzanne is right to remind us that History is on the side of truth. And both her refusal to satisfy unjust demands at the expense of her job and my resistance to their unjust treatment at the expense of my job are the greatest act of saving, not just ourselves, but our Common Ground, that Great Spirit of Women who resists, no matter what, for the sake of true humanity. Suzanne’s humor (“We can only be killed once”) reminds us there’s something greater than death and that’s the rebirth from the ashes. Suzanne’s book is a death-changed-into-life book which rewrites Swift’s Latin epitaph on his tomb: When Fierce Indignation serves human liberty then it can also heal the heart while we’re still alive. Ciao, Gloria

Dearest Suzanne, I've never met you but I feel you're more than a sister...Sometimes I hear a call and when that happens I drop everything and write... that call came through this great radio-community and Janice's outreaching program whose powerful voices did reach me all the way to Italy! Before listening to your interview, I was reading and it was as if what I was reading melted with what you said in Our Common Ground interview...soon had to come back to this radio website because I thought it was my duty to add a comment. I had to sign up to be part of a community that speaks the truth. Here's my comment: Yesterday I listened to this 06.16.2012 interview and, this morning, I woke up with such a sense of relief and uplifting happiness and it didn’t take long to realize that it was your words that made me feel that way. I also feel an urge to thank Janice Graham for the beautiful interview mixed with music. For me, listening to the program was like going through a process of healing. As a victim of sexual harassment, unlawfully dismissed for reporting sexual harassment, I find myself in a ‘double’ waste land where the only thing I can do is to look for water. And Suzanne’s spirit is my well of fresh water and your radio program is my oasis of truth. I was hurt in the USA and your program restored my image of the USA. You’re so right: to empower truth we need to say it more than once but, most of all, THANK YOU for listening to the truth. Suzanne’s words resonate far to reach out and help me understand my experience of pain and injustice, help me think of my constructive extermination (and that of my 12-year-old daughter), that is the awful, programmed way they got rid of me, only because my conscience rightly decided to do the right thing. But Suzanne calmly and convincingly says how to re-act by doing the only thing I know as an academic: do research. I found out there were at least two other women victims before me, and they knew there were other victims! How awful to find out that they knew, so, for them, it wasn’t a matter of finding the truth about my case but of hiding the truth. For the first time, I fully felt Jonathan Swift’s depth of contempt for the 'rope dancing' of corrupted power. But Suzanne reminds us that there’s a greater power that human beings have used: the power of language to speak to other human beings about things that genuinely matter, that can save us out of any waste land. I honor your radio program and Suzanne’s book for understanding that we’re living a historical situation where truth has emerged out of Penn State. But what has emerged is only the tip of an iceberg...there's still a lot more to be done. So I thank you Suzanne, for your powerful, brave words which help me understand that beyond the drama of being robbed of my beloved job (teaching children's literature) a year ago, beyond its financially tragic consequences, beyond the fact that even my colleagues (top professors of children’s literature) turned their back on me, beyond that insane, ‘triple’ waste land, we can be happy again. I’m happy, too I got fired at Penn State for doing the right thing. And what a relief to hear Suzanne say: now, that the scandal of evil doing is out in the open, History absolves us for not taking part in the destructive perpetration of evil whose consequences we cannot even imagine when it’s done in education. What can come out of what former FBI director, Louis Freeh, calls the "Penn State way" where even war veterans fear to tell the truth? What can happen if a university is systematically programmed to create acquiescence or consent by silence (that is no objection to infringement of human rights)? Where I come from that’s called mafia. I’m happy because professor Homi Bhabha reminds me that, as a foreigner, I wasn’t stupid to expect something like care in a new academic environment. In fact, had Affirmative Action Officer Suzanne not been fired, she would have been there for me but, by firing her,