Rose Banks and Ethel Lopez, A Just Cause for the IRP6 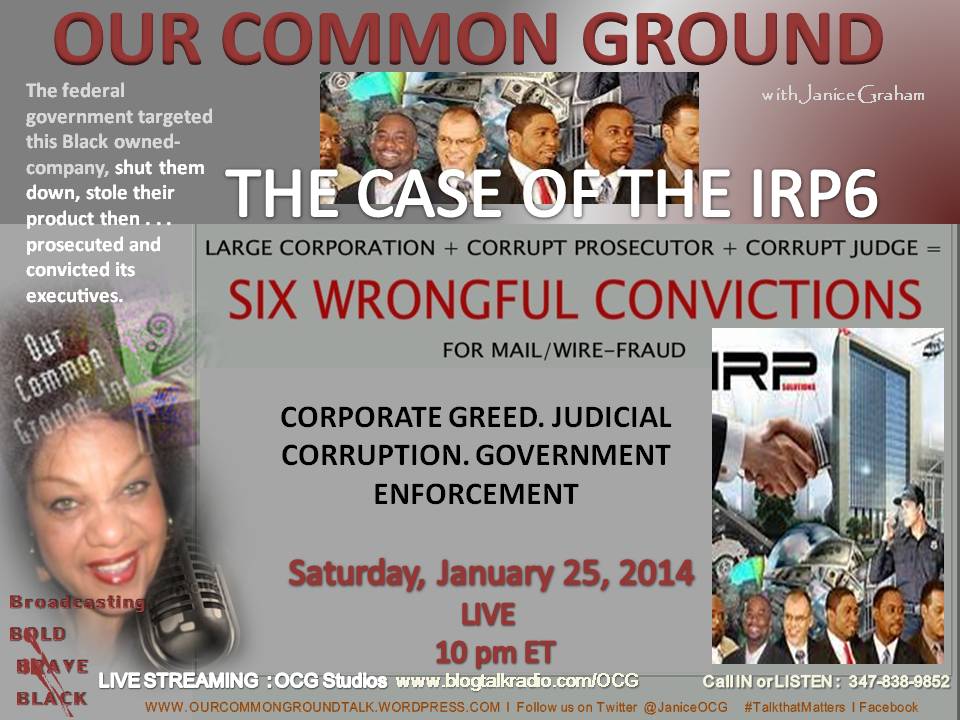 How a business dream became a nightmare

According to a report prepared by Dr. Alan Bean, Executive Director of Friends of Justice, “the IRP6”, owners of a company in Colorado that developed software for law enforcement, known as the “IPR6”,  Kendrick Barnes, Gary L. Walker, Demetrius K. Harper, Clinton A. Stewart, David A. Zirpolo and David A. Banks, ". . . are six devout and dedicated executives serving hard time in a Colorado prison and their loved ones don’t understand why.  From the perspective of those who worked and worshiped with these men, the fingerprints of racial bias are clearly visible to the naked eye." Bean further observes, "FBI agents and DOJ prosecutors never saw this (their prosecution) as a civil matter, a case of well-intentioned businessmen incurring business debt.  Instead, scores of federal officials concluded, in the face of overwhelming evidence to the contrary, that this Colorado software development company had no prospects of success, no interest in success, and existed for the sole purpose of defrauding its business partners. 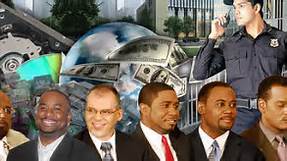 This is a story about how prosecutorial tunnel vision created a tragic communication failure. ​The criminal justice system exists to give everyone a chance to tell their story. ​Juries decide who brings the best story to the table. ​Bad things happen when the system amplifies one story while silencing the other. (Dr. Alan Bean, Executive Director, Friends of Justice).

The IRP6 case concerns this African-American company (IRP Solutions Corporation) in Colorado that developed criminal investigations software for federal, state and local law enforcement. The case of the IRP6 is currently under appeal in the 10th Circuit Court of Appeals. The men were convicted in 2011 after fighting the U.S. Government pro se at trial and have been incarcerated at the Federal Prison Camp in Florence, Colorado since the summer of 2012. The IRP6 sentences range from 7 to 11 years in federal prison for non-violent, non-drug-related charges. The IRP6 continue to maintain their innocence. (D. Ct. No. 1:09-CR-00266-CMA)

According to IRP proprietary documentation, the company was actively engaged with the Department of Homeland Security (DHS) and was working toward a $12 million pilot project. IRP also provided pricing to DHS for their Confidential Informant module of nearly $100 million. Company documents and email communication show that Amy Kurland, Philadelphia Office of the Inspector General was in detailed talks with IRP. "Just one of these contracts would have resolved IRP's debt issues, but due to interference the deals didn't close, and they (IRP) were not allowed to go into detail in trial to show all of the facts," says Thurman.

“When the case went to trial in the fall of 2011, the jury never learned that the federal government had repeatedly frustrated IRP’s attempts to conduct legal business," writes Dr. Bean in his soon to be released narrative, "Money for nothing: how racial bias destroyed six lives, stymied a black owned business and outraged an entire congregation."

Bean’s examination raises a critical question, “Why did the U.S. Attorney's office criminalize a debt collection case?” He concludes that “the only justification is the bogus business theory: The IRP case departs from the typical failed-scam scenario for the simplest of reasons: the government’s case can’t stand up to scrutiny. The fraud alleged in the federal indictments is a mirage.” “The bogus business theory is bogus,” adds Bean.

“This case is troubling. We are seeking a congressional inquiry," says Sam Thurman of Just Cause, a a volunteer organization that was established in 2005 by a group of concerned citizens who were witness to a federal criminal case that was grossly over-criminalized. “When justice can be blocked and people are not allowed to defend themselves by presenting solid evidence, the fairness that should exist in our legal system becomes like vapor; it vanishes.” Though court records show that an analysis was requested, in the end the analyst's report showing the legitimacy of the business was ultimately denied.

Court records show that prior to commencement of trial, David Banks, Chief Operating Officer for IRP Solutions filed a pro se motion requesting that Judge Christine M. Arguello recuse herself due to her personal relationship with Holland and Hart attorney Greg Goldberg. On March 8, 2004, Greg Goldberg hand-delivered a letter to Assistant U.S. Attorney Matthew Kirsch requesting that IRP executives be criminally charged and articulated what statutes they should be prosecuted under. (D. Ct. No. 1:09-CR-00266-CMA)