"Transforming Truth to Power, One Broadcast At a Time"

"He was responsible to black people... so they had to get rid of him."

In January, 1971, the young producer of Boston public television's groundbreaking program Say Brother, was found dead in a Mexican resort, along with his fiancé. Ray Richardson was the grandson of Harlem's radical Hubert Harrison.

“Say Brother first aired on July 18, 1968,”  . . . it “helped set a standard of excellence for black television shows, with the issues it brought to the public, the artists it featured, and the education it provided for the white community.” It was “the era of Black Power, Black Pride, and the thrust for political power -- an era when hairstyles and modes of dress proclaimed ‘Black is Beautiful’ and even the show’s title sent a message.” – “Say Brother’ was a commonplace greeting in those days. It was a signal, a sign of recognition that blacks were connected to one another emotionally and by common experience.” Ray Richardson was its founder, defender and producer.”

“. . . Ray Richardson’s death ( January, 1971 reported as drowning with girl friend in Acapulco, Mexico while vacationing) came in the period that included the December 4, 1969, murder of Black Panther activists Fred Hampton and Mark Clark by Chicago police; the 1970 CIA-involvement in the kidnapping (and subsequent death) of a Chilean general, Rene Schneider; the March 11, 1971, death in Nigeria of National Urban League Executive Director Whitney Young (by drowning according to a U.S. coroner, by brain hemorrhage according to a Lagos coroner) after he came out against the Vietnam War; the August 21, 1971,murder by prison guards of Black Panther George Jackson; and the September 11, 1973, death of Salvatore Allende during the CIA-driven coup in which armed forces and police overthrew the socialist government in Chile. It was also a period in which COINTELPRO, the FBI’s counterintelligence program, targeted Black radicals and activists and the Black Panther Party; the National Security Agency and its Minaret Program monitored and targeted Black and anti-war activists (particularly while abroad); and the Nixon administration sought to control Public Television and support its aims through its funding policies and removal of personnel it perceived as hostile.”

“. . . A great deal was also at stake regarding Black programming in the WGBH vs. Say Brother struggle. Charles Richardson points out that “WGBH was the flagship of the PBS network” and that, as he “understood it from Ray, it's activities were “run out of the paranoid Nixon White House." In addition, “the FBI under Hoover was monitoring all things Black.” In this way “Black public affairs shows, ostensibly introduced to feed the community's appetite for information and news about local community goings on, were also the government's way of monitoring thought, and, by the placement of their own operatives in positions of power and control (as directors/producers) they had the means to control thought by controlling the programming.” Neither Nixon, nor Hoover, nor WGBH management and its most powerful supporters wanted a show that truly gave voice to the Black community, particularly a show that included Black radical criticism of societal conditions.”

Tonight at OUR COMMON GROUND

Printer-friendly version by Jeffrey B. Perry and Charles V. Richardson In January, 1971, the young producer of Boston public television's groundbreaking program Say Brother, was found dead in a Mexican resort, along with his fiancé. Ray Richardson was the grandson of Harlem radical Hubert Harrison. 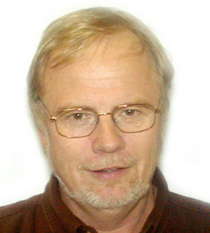 Jeffrey B. Perry is an independent working class scholar whose work focuses on the role of white supremacy as a retardant to progressive social change and on centrality of struggle against white supremacy to progressive social change efforts. He is the editor of A Hubert Harrison Reader (Wesleyan University Press, 2001) and author of Hubert Harrison: The Voice of Harlem Radicalism, 1883-1918 (Columbia University Press, 2008). Most recently he wrote the introduction and back matter for the new expanded edition of Theodore W. Allen’s “classic” The Invention of the White Race (2 vols. 1994, 1997; Verso Books, 2012).

Charles V. Richardson is the brother or Ray Richardson and grandson and heir of Hubert Harrison. For many years he helped to oversee, and then to place, the Hubert H. Harrison Papers at Columbia University’s Rare Book and Manuscript Library. He works in the media field.