In Coversation with Yvette Carnell: #StayingWoke 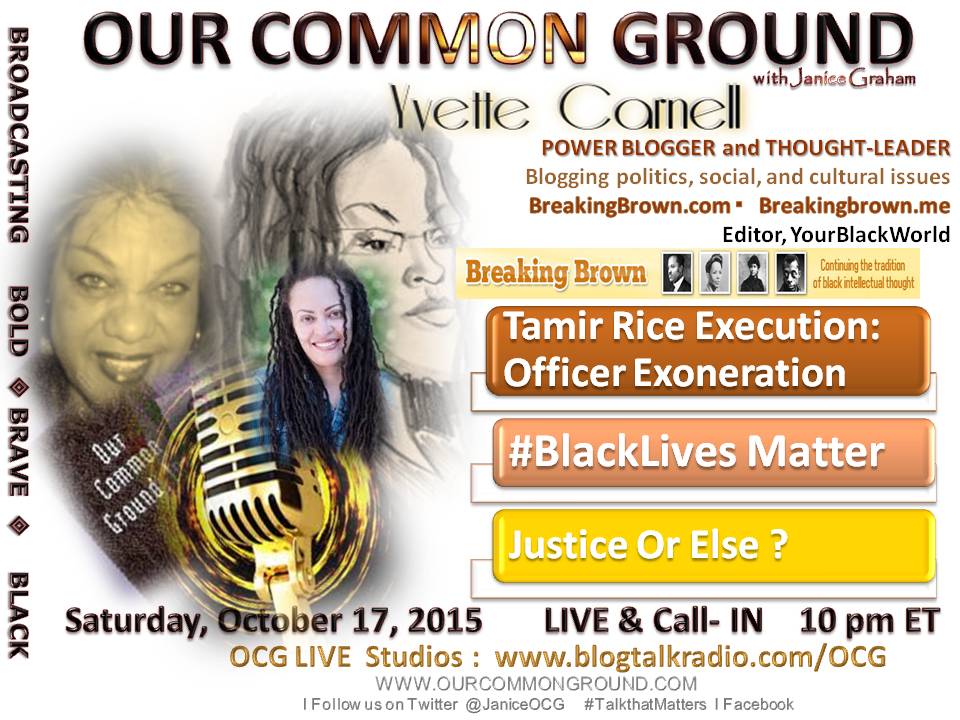 Included in our discussion are the many urgent issues covered by www.breaking brown.com within our community, we will review three major events.
<> The exoneration of officers report on the assasination of a 12 year old Tamir Rice.
<> The status and impact of #BlackLivesMatter
<> The Justice or Else Rally marking the 20th Anniversary of the MMM

about Yvette Carnell
Yvette Carnell writes about politics, international and cultural issues for Your Black World and is the founder of BreakingBrown.

Before embarking on a career in new media, she served as a Congressional aide, first to Senator Barbara Boxer (D-CA), and later to former Congressman Marion Berry (D-AR).

In her time on the Hill, she also worked as Regional Field Director for America’s Families United (AFU), one of the largest non-profit Get Out the Vote (GOTV) campaigns active during the 2004 election cycle.

Her articles have been featured in the Huffington Post and YourBlackWorld. She has been featured by national news outlets including, but not limited to; The Nation, The Guardian, Politico and NPR.

She received a B.A. in Political Science from Howard University.

Contact her HERE. Or email editor@breakingbrown.com for speaking engagements or media appearances.

We invite you to join in the discussion with your responses, comments and questions. #BlackTalkMatter

Join us on FACEBOOK and Learn More abut this episode