"Confronting the New Amerikkan Empire"
In Conversation with Cynthia McKinney 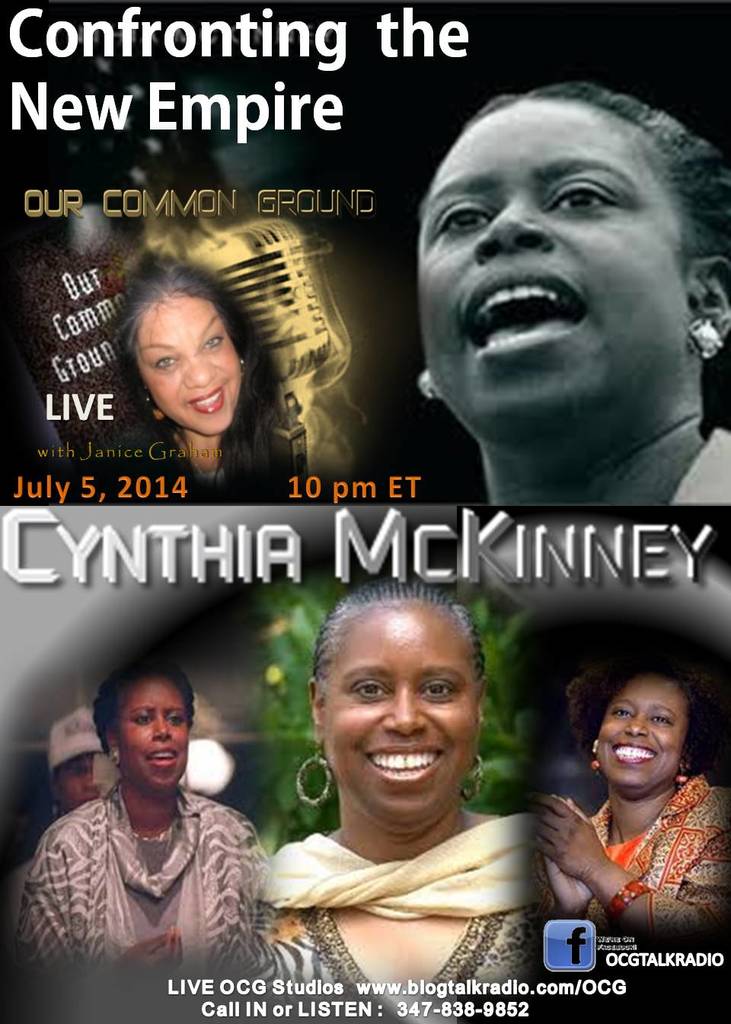 “The most powerful state in history has proclaimed, loud and clear, that it intends to rule the world by force, the dimension in which it reigns supreme.” – Noam Chomsky, 2003

And now they have forged a domestic will to assume such power within the borders.

We are honored to have as our guest, Cynthia McKinney former U. S. Congresswoman, international human rights activist and former Presidential candidate, to discuss domestic and foreign policy in the new Amerikkan Empire.

Our two-hour live program  will span a discussion of topics which include the American relationship and funding of the State of  Israel and its impact on the Palestinian people; the increased surveillance of Americans domestically; the increasing militarization of  law enforcement in this country; the American destabilization of the Middle East; the resurgence of open and affirmed white supremacy in the US homeland; the education of Black children; the military, prison and health industrial complex  and the reparations for descendants of the American chattel slavery system.  We will of course, take calls from our listeners. 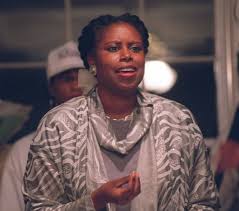 Former U. S. Congresswoman, international human rights activist and former Presidential candidate, Cynthia McKinney will open the 2014 2nd Session of OUR COMMON GROUND on July 5, 2014. Cynthia McKinney served twelve years as a Member of the United States Congress House of Representatives. She was elected six times by the people of the State of Georgia. As a Member of Congress, Cynthia challenged then-Secretary of Homeland Security Michael Chertoff to tell the truth about his failures as an important leader in the aftermath of Hurricane Katrina. She challenged the Africa Policies of both George W. Bush's Secretary of State Colin Powell as well as Bill Clinton's Secretary of State Madeleine Albright. Her political career shows her as a tireless defender of her constituents in Georgia as well as all American poor, the middle class, farmers, students, and veterans.

Cynthia authored the legislation that authorized the disparity study that found that Black farmers in the United States had suffered intentional and willful discrimination for generations. Cynthia continues to work with the farmers as they seek delayed justice. Cynthia continues to contribute to the scholarship on important issues in her work researching COINTELPRO against the American Indian Movement, the Black Panther Party, and the Puerto Rican Independence Movement. Cynthia believes that while COINTELPRO might have ended, U.S. government surveillance on its own people did not. Her thoughts have been vindicated by recent revelations by Eric Snowden of National Security Agency wiretapping practices.

Ms McKinney has become an internationally renowned human rights activist, serving with distinction as a juror on the Bertrand Russell Tribunal on Palestine and of working with: Tun Dr. Mahathir Mohamad's Perdana Global Peace Foundation; the Brussels Tribunal on Iraq, and a successful effort in Spain to indict and hold accountable soldiers of the Rwandan Patriotic Army who committed genocide against Congolese citizens inside Democratic Republic of Congo. As a result of her activism around Israel/Palestine issues she served 7 days in an Israeli prison for attempting to deliver school supplies to Gaza's children in the aftermath of Operation Cast Lead.

As a liberation leader she has demonstrated throughout her political and advocacy career a willingness to step into the line of fire in order to pursue justice for oppressed people.

We have long admired her courage and respected her work and achievements at OUR COMMON GROUND. We will be honored and pleased to have her with us.